What Is Nuclear Power

Nuclear power is generated when uranium atoms are split through a process called nuclear fission. Nuclear fission produces a great deal of heat which then is used to increase the temperature of water which in turn turns turbines which ultimately produce energy. The 98 active nuclear power plants produces about 20% of the total electricity in the United States. Nuclear power often described as a low carbon and clean energy source, unfortunately this is far from reality. The risks of nuclear power are numerous and threaten the health and existence of our communities and the environment. It is true that nuclear energy is low carbon and clean when compared to other energy sources like coal or natural gas. However the long term effects of nuclear energy are of great magnitude and outweigh the short term clean energy need.
The process of generating nuclear power poses two major threats: the risk of meltdown and the ever lasting issue of storage of spent fuel. Nuclear power plants are subject to catastrophe, either through internal failure or at the mercer of mother nature. Nuclear disaster such as Chernobyl and most recently Fukushima have left a forever mark on the landscape; Chernobyl will not be habitable for at least another 200,000 years.

Nuclear fuel is useful for about four to five years, after that it can no longer produce energy. Although the ability to produce energy is gone, this spent fuel still has the capability to release high amounts of radiation. Spent fuel is stored in a variety of methods but may not be immune to deterioration or disaster.

Tennessee has four nuclear power plants: Sequoyah 1 and 2 and Watts Bar 1 and 2. These plants are operated by the Tennessee Valley Authority which also operates two more plants in northern Alabama.  Combined, Sequoyah and Watts Bar generate about 45% of the electricity in our state. Tennessee is also home to the our largest nuclear weapon project. The Manhattan Project in Oak Ridge, Tennessee produced the first atomic weapons; weapons which were later used in World War II. While the impact of nuclear weapon development can still be seen in Oak Ridge, the impacts of nuclear power generation are yet be determined in regards to the active power plants in our state. The future of nuclear power in Tennessee is dependent on the voices of Tennesseans throughout the state. As many of these power plants approach the end of their lifetime we have the opportunity to shift towards truly clean and renewable energy. The risks we take when we create nuclear power pose a great threat to our environment and public health. 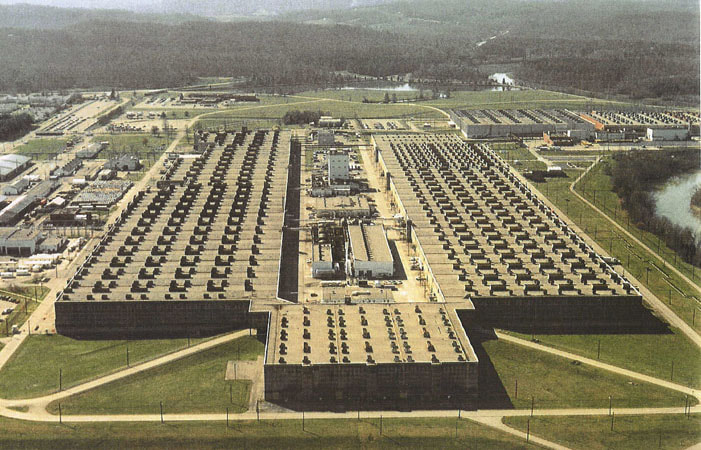 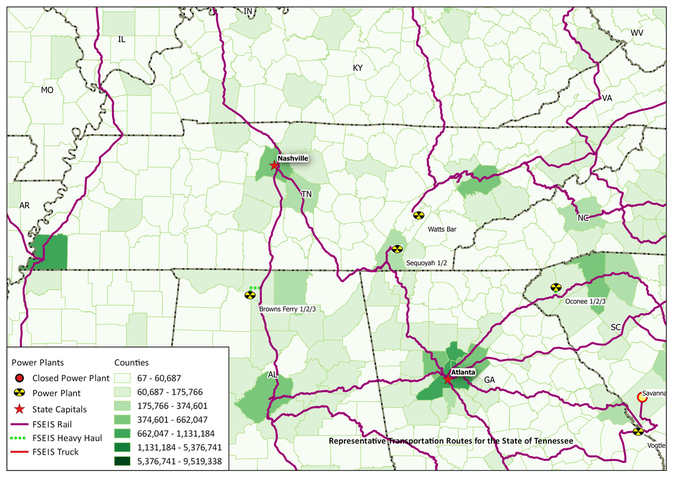 Oak Ridge at a Glance

The development of the atomic bomb at Oak Ridge through the Manhattan Project has left a lasting mark on Oak Ridge and the surrounding area. Oak Ridge still continues to be a nationally recognized hot-spot for radioactive and toxic contamination from poor past practices. However, the Department of Energy (DOE) has been working for several years on remediation of the Oak Ridge Reservation.  The clean-up process will continue for decades due to the difficulty of remediation, cost, and unforeseen circumstances.

Nuclear power in Tennessee will always be a threat to the health and well-being of our public health and environment. The Tennessee Environmental Council is focused on advocating for the abandonment of nuclear power in our state. We are working with organizations and individuals throughout the state to spread awareness about why nuclear is not the answer to our renewable energy question. Below are our priorities:

Spread Awareness of the Dangers of Spent Fuel

Nuclear fuel can generate energy for about 4-5 years, after that is no longer capable of energy generation. This spent fuel is even more dangerous than the active fuel due to its components. The United States does not have a facility for storing spent fuel; the storage at Yucca Mountain in Nevada was canceled after successful political pressure. Currently spent fuel is stored in at active nuclear power plants or designated interim storage sties. Until the united states defines a permanent storage facility this spent fuel will continue to be in limbo and its dangers will continue to persist. The U.S. creates 2,000 metric tons of spent fuel each year; continued development of nuclear power will only increase our spent fuel problem. Read the bullets below to learn more about spent fuel and its impact.

How To Get Involved

If you interested in getting involved in the push for renewable energy in Tennessee please reach out to board member Don Shafer at dsafer@comcast.net. Don has a deep history in working in the anti-nuclear movement. You can also meet with local state representative to discuss the risks of developing nuclear power.